Can Bad Backs Heal Themselves? 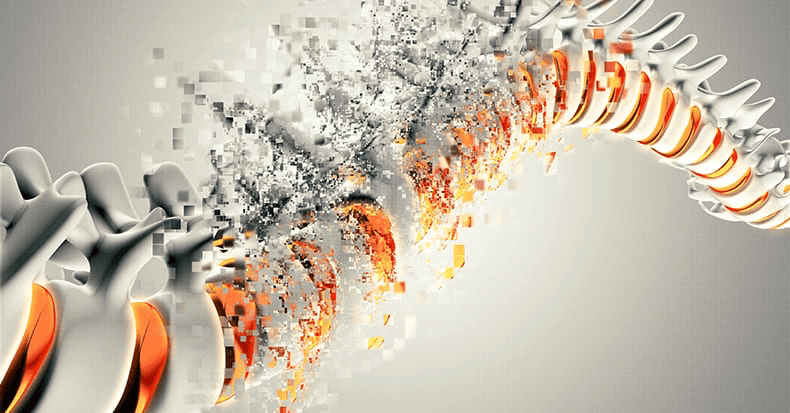 Low back pain (LBP) from a herniated disk often leads to surgical intervention. However, there are patients with this painful malady who can successfully “ride it out” and repeat MRI imaging six to twelve months later often fails to show little, if any, evidence of the original herniated disk that was initially very obvious. How is this possible?

The proposed theory is that there must be some unique interplay between molecular signals that might explain why some herniated disks heal themselves while others do not. Researchers at Vanderbilt University Medical Center are investigating this and published a report on their progress in the January 2016 issue of the Journal of Clinical Investigation.

LBP affects 60-80% of Americans during their lifetime, and there are upwards of 300,000 surgeries for herniated disks annually in the United States alone. A disk can herniate when its outer fibers tear or give way, allowing the semi-fluid center to leak out. If the herniated disk material hits the nerve root exiting the spine, the classic sciatica, or pain down the leg, can result.

Dr. Dan Spengler states that about 50% of patients with disk herniation will improve within six weeks, and the actual herniated material may completely resorb over time. What troubles Dr. Spengler and other researchers is why this doesn’t occur with everyone.

Looking specifically at the molecules that are frequently present when disks herniate, researchers have identified a group of proteins called matrix metalloproteinases (MMPs). Certain MMPs have the ability to act like “Pac-Man” and literally chew through other proteins making it highly suspect that MMPs may be at the forefront of why some disks resorb while others do not! Additionally, when a disk herniates, bleeding occurs and white blood cells—specifically macrophages, which are immune system cells in our blood that ingest foreign materials and bacteria—also flood into the area.

What most surprised the authors was the interplay between the macrophages and the MMPs. They found that when the blood/macrophages and one of two specific MMPs interacted in a very specific manner, disk resorption occurred and they were even able to replicate this process in a lab. They concluded the following, “These enzymes are more complicated and interesting than we originally thought. Rather than being big bulldozers, they’re a fine pair of scissors that cut certain things.”

The TAKE-HOME MESSAGE here is unless you are having progressive neurological loss (meaning muscle weakness or sensory pain that is progressing, and/or especially bowel or bladder weakness), there is NO RUSH to run and have surgery! Pro Rehab doctors of chiropractic can offer natural, non-invasive treatments to manage pain while you let your body manage the herniation!