Chiropractic & Foot Orthotics: A Great Combination for Back Pain! 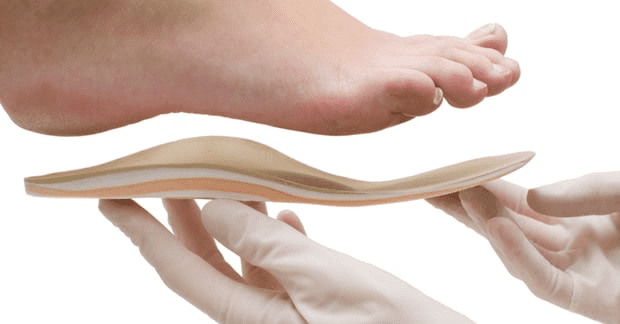 When treating patients with low back pain (LBP), Pro Rehab doctors of chiropractic have three common goals: 1) pain management; 2) posture alignment or correction; and 3) prevention. When warranted, the use of corrective prescription foot orthotics can help achieve all three goals.

In a 2017 study, researchers recruited 225 adult subjects with chronic low back pain (cLBP) and randomly assigned them to one of three treatment groups: 1) shoe orthotics only; 2) chiropractic care (included spinal manipulation, hot or cold packs, and manual soft tissue massage) with shoe orthotics; or 3) a non-treatment group.

After six weeks, only the first two groups experienced improvements in both average back pain intensity and function, with the orthotic plus chiropractic group reporting even greater functional improvement.

While podiatrists have long suggested the use of foot orthotics for some cases of LBP because of the effect foot function has on the “kinetic chain,” it was not until the last decade that researchers in other fields have reported the effects the feet have on knee, hip/pelvic, and back function.

Studies have now demonstrated the adverse effects of hyperpronation (rolling in) of the foot on pain, function, and alignment of the pelvis. These studies point out the importance of not overlooking foot dysfunction as a potential (and important) contributing factor when managing patients with LBP.