How Do Chiropractic Adjustments Help My Neck Pain? 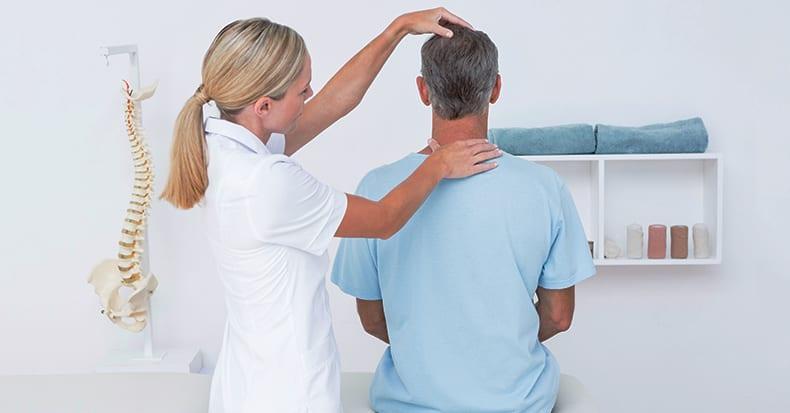 We all know what it’s like to have neck pain—whether it’s after a long drive, pinching the phone between the head and shoulder, star-gazing, or from talking to someone who is seated off to the side. There are many causes of neck pain, but the question of the month is, how do chiropractic adjustments help neck pain? Let’s take a look!

Chiropractic, when broken down into its fundamental Greek derivatives, means “hand” (cheir) and “action” (praxis). The technique most often associated with chiropractic is spinal manipulation where a “high velocity, low amplitude” thrust is applied to specific vertebrae in the spine, which does several things: 1) It restores mobility in an area with restricted movement; 2) It stimulates the sensory “neuroreceptors” in joint capsules, which has a muscle relaxing reflex effect; 3) It can affect surrounding neurological structures in certain parts of the spine such as the parasympathetic (cranial & sacral regions) and sympathetic (mid-back) nervous systems, which can have beneficial effects on the digestive system, cardiovascular system, and other body systems not typically thought about when seeking chiropractic care.

Joint manipulation is not new, as it can be traced back to as early as 400 BCE. The profession of chiropractic began in the later 1800s and has grown in popularity ever since. There is now an overwhelming body of evidence that supports spinal manipulation as both a safe and highly effective treatment for neck and back pain, headaches, and many other maladies.

It’s important to note that there are many different types of manual therapies that chiropractors utilize when caring for neck pain patients. There are “low-velocity, low amplitude” or non-thrust techniques that do NOT produce the “crack” that is frequently associated with chiropractic adjustments. The term “mobilization” is often used when referencing these non-thrust methods, and this often incorporates a combination of manual traction (pulling of the neck), left to right and front to back “gliding” movements usually starting lightly and gradually increasing the pressure as tolerated. In many cases, a Pro Rehab doctor of chiropractic may utilize a combination of manipulation and mobilization as well as “trigger point therapy” (applying sustained pressure over tight “knots” in muscles), depending on a patient’s needs.