How Do MDs View Chiropractic? 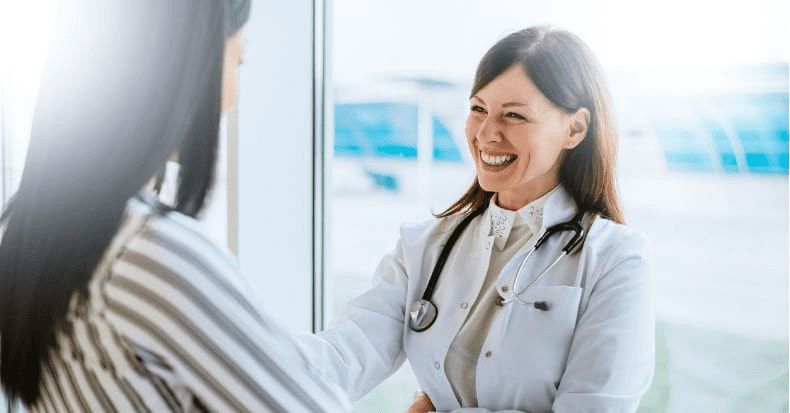 In the mid-1980s, a political event spurred a change regarding the medical community’s outward disrespect of chiropractors when the AMA (American Medical Association) was sued for anti-trust violations and the chiropractors won!

For the first time, the public, open anti-chiropractic slander that appeared on billboards, in magazine articles, and in TV/radio advertisements against the chiropractic profession was prohibited.

In fact, prior to this, it was against the AMA by-laws for a Medical Doctor (MD) to publicly socialize with a chiropractor! This all seems pretty extreme but was truly occurring prior to the mid-1980s… BUT NOT ANYMORE!

In 1994, the United Kingdom and the United States almost simultaneously published official guidelines for the treatment of acute low back pain.

BOTH DOCUMENTS REPORTED THE USE OF SPINAL MANIPULATION, A PRIMARY FORM OF CHIROPRACTIC TREATMENT, AS A FIRST CHOICE IN THE TREATMENT FOR ACUTE LOW BACK PAIN.

Now, for the first time, a non-chiropractic group had recommended chiropractic based on researched data that overwhelmingly supported spinal manipulation as an effective, safe, and less expensive form of care when compared to all the other treatment approaches that the healthcare consumer can choose from.

Research has continued to pour in and recently, similar recommendations were made in the treatment of chronic low back pain. Also, when reviewing the research pool, continued support of the 1994 guidelines for acute low back pain was again found to be valid with little change required.

According to the published guidelines, ALL patients with acute AND chronic low back pain should see chiropractors FIRST.

If this guideline was followed by everyone, there would be such a shortage of chiropractors, it would become one of the most desirable professions to seek vocationally.

Unfortunately, many MDs do not know enough about chiropractic to strongly recommend it to their inquiring patients. That is why this office goes out of its way to educate MDs in our community about the benefits of Chiropractic care.

Also, some programs at medical schools are now including “alternative medicine” courses in the curriculum of the undergraduate MD programs and, rotations in alternative or complimentary health services currently offered at some university / hospital settings as a post-graduate option.

This is reflected by an increasing population of MDs who actively seek out chiropractors to work with when their patients present with conditions like acute or chronic low back pain, neck pain, and/or headaches.

The MD/DC relationship is truly improving as noted by the inclusion of chiropractic into hospital programs, integration into the military bases and VA hospitals, routine coverage by most insurance companies, etc.

So rest assured, you’ve made a smart decision to choose Chiropractic care.