Low Back Pain and Spinal Fusions 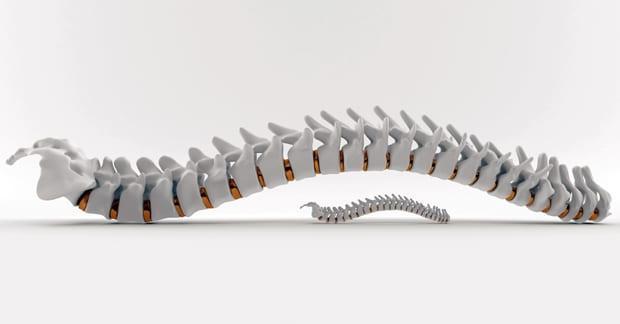 You may think it’s odd to discuss low back pain (LBP) from the perspective of spinal fusion because as chiropractors, we do not perform surgery and so, why discuss it? It is important that we discuss research such as this so we can make the informed treatment decisions with our patients after we’ve considered all the facts in each specific case. Now, there are certainly times when a surgical procedure for back and leg pain is necessary and appropriate for some patients; however, there are also some patients who have been told they need spinal surgery when, in fact, they may be better off NOT proceeding with surgery. Thus, the question is, what happens to those patients who elect not to proceed with surgery vs. those who do?

That question was addressed in a study where a total of 1,450 patients injured at work were followed over a two-year time frame. There were a total of 725 patients who proceeded with the fusion surgery and the other 750 elected NOT to have the surgery. A fusion surgery can be described as when two or more vertebra are fused together, usually because there are neurological problems such as shooting leg pain, weakness, and/or numbness in one or both legs. The conditions treated in this study included herniated disks, degeneration of the disk, and radiating leg pain. There were primarily three factors that were compared between the two groups: 1) ability to return to work; 2) disability (the inability to work), and 3) opiate (narcotic) drug use. Other factors compared included the need for re-operations, complications, and death.

The results showed, in general, those who proceeded with surgery had significantly more problems compared with those who did not have surgery. For example, only 26% of those who underwent surgery returned to work, compared with 67% in the non-surgery group. The total number of days off work were 1140 vs. 316 days, respectively. There were 17 vs. 11 deaths, respectively, and 27% of the surgical group required re-operations with a 36% complication rate. Also, there was a 41% increase in the use of narcotic medication with 76% continuing the use after surgery.

Again, there are times when surgery is absolutely the right choice. Those times include when there is a loss of bladder or bowel control, progressively worsening neurological symptoms in spite of non-surgical care, and of course, unstable fractures, cancer/tumor, and infections, but that’s about it! In other words, if you don’t have one of the before mentioned conditions which do require surgery, don’t be too quick to jump at the chance of “getting it fixed” with surgery. As the study suggests, the post-surgical results favor those who elected NOT to have surgery. Also, when in doubt, don’t trust the opinion of only one surgeon – always get a 2nd or even 3rd opinion. It is also very important to consider your current level of function or your ability to do your desired tasks and unless there is a significant loss in that ability, consider additional time with non-surgical treatment. The non-surgical treatment you can expect to receive from chiropractic includes (but may not be limited to) spinal manipulation, exercise training, physical therapy modalities (ice, heat, electrical stimulation, ultrasound, traction, etc.), dietary counseling, and job modification information.