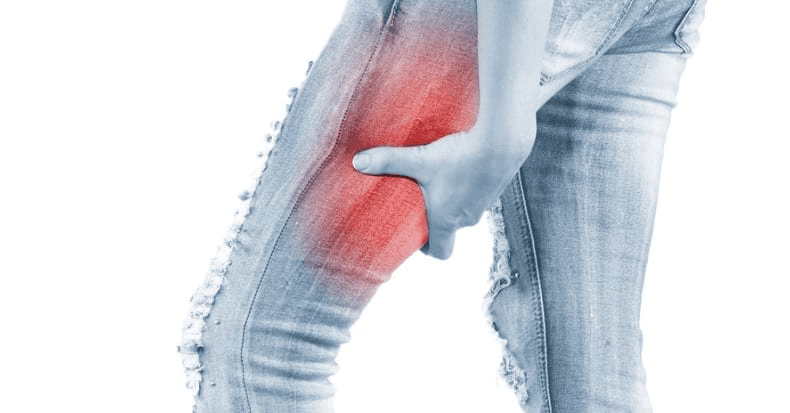 Chronic hamstring strains are more difficult to diagnose because the pain (in the hip region and deep in the buttocks and upper thigh) comes on gradually and is aggravated by repetitive activities like running, rowing, or biking and worsens with prolonged sitting. Hamstring injuries become chronic when a damaged or torn tendon fails to properly heal, often caused by returning to the sport too quickly and/or from mismanagement. Chronic tendonitis can lead to degenerative changes resulting in a weaker tendon, which can lead to long-term pain and disability.

Non-surgical care for chronic high hamstring tendinopathy is often challenging because the usual treatment approaches for acute hamstring strains are less responsive. It’s not unusual for a prolonged recovery of three to six months, with many only partially recovering with a high recurrence rate. Treatment may include:

Your Pro Rehab doctor of chiropractic can guide you in the treatment process as well as address musculoskeletal issues, such as low back pain, that may have preceded the hamstring injury. As is typical with musculoskeletal injuries, the sooner a patient seeks care, the more likely they will achieve a satisfactory treatment outcome.