Neck Pain and the Disk 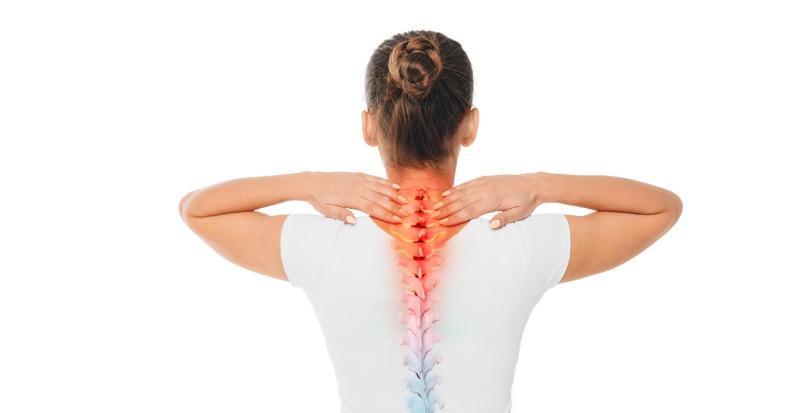 The term “cervical” means neck, just like the terms “thoracic” means mid-back and “lumbar” means low back. The term “disk” refers to the shock absorbing fibro-elastic cartilage that rests between each vertebra of the spine. Think of the disk as being similar to a jelly donut. The center of the disk is liquid-like (the nucleus), kind of like petroleum jelly, and the outer part (the annulus) is tough and strong and circles the nucleus center like the rings of an freshly cut oak tree stump. What makes the annulus/outer layer so strong is the type of tissue it’s made up of and (maybe most important) the opposing criss-cross pattern of each layer or ring of the annulus. Studies have shown that when the disk is pierced with a knife and then compressed, this criss-cross pattern of the annulus layers self-seals the cut, resulting in no leakage of the liquid center.

So, the question is, how can a disk rupture, herniate, or “slip” if it’s so tough, strong, and self-sealing? The answer: as the disk ages or when it’s injured, tears or “fissures” in the disk fibers occur creating rents or channels for the liquid part to work its way out towards the edge and eventually break through the outer most layer – hence, the term “herniated disk.” It’s similar to stepping on that jelly donut until the jelly leaks out to the point where you can see it.

Here’s the strange part… Research tells us that about 50% of people have bulging disks (not quite herniated through) and 20% of us have herniated disks (that have popped through) but have NO PAIN AT ALL! That makes it tough since an MRI or CT scan may show a herniated or bulging disk but how do we know that’s the disk that’s clinically important – the one that’s creating the pain? That’s why we treat patients and not their image (MRI, CT scan, or x-ray). Even though a disk may be bulging or herniated, we may not necessarily treat that particular disk if it’s not expressing itself clinically by creating a shooting pain down a specific area in a arm, usually below the elbow often into either the thumb or pinky side of the hand, with associated abnormal tests for strength and/or sensation. That’s why we check your reflexes, your strength, and sensation for each nerve. We’re checking to see if that herniated disk is “pinching” the nerve and if it is, we utilize manipulation, traction, PT modalities, and issue home traction units to try to “un-pinch” that nerve to avoid surgery.