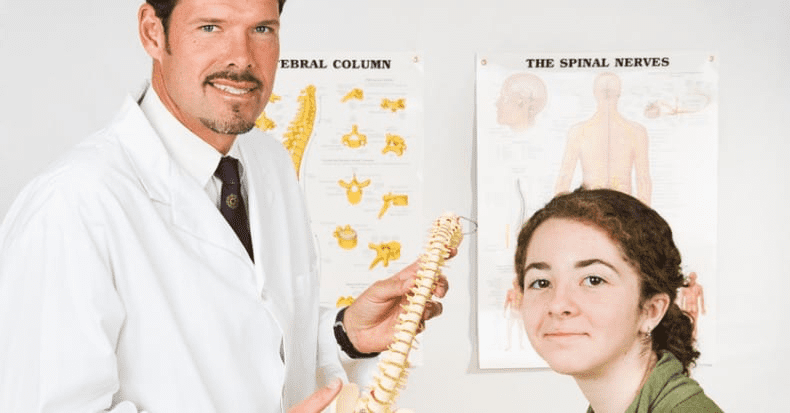 Recent studies suggest that in a rear-end collision, the injuries collectively described as whiplash associated disorders (WAD) result from the simultaneous hyperextension of the lower cervical spine and hyperflexion of the upper cervical spine. This can lead to a variety of injuries to the bony and/or soft tissues of the neck, some of which may not manifest for hours, days, or even weeks following a car accident.

Traditionally, doctors have advised patients with an acute whiplash injury to limit movement, which may have included the use of a cervical collar. However, more recent studies have found that restricting motion in the neck can actually hinder recovery from WAD. Rather, new data suggests that early mobilization actually improves outcomes for WAD patients, reducing their risk for long-term disability.

The primary form of treatment utilized by doctors of chiropractic is spinal manipulation (SM), which is described as a high velocity, low amplitude (HVLA) thrust applied to specific joints in the neck, mid-back, low-back, pelvic regions as well as to extremity joints. Manipulation improves the mobility of the spinal facet joints, which allows for an increase in the global range of motion of the neck.

SM also breaks the vicious pain cycle where the inflow of sensory information to the brain is attenuated, thus reducing the reflex muscle spasm and accompanying pain. Additionally, there is substantial evidence that SM increases pain tolerance or thresholds by modulating central (brain) sensory processing (called central sensitization). There are also measurable neuro-endocrine benefits following SM as well as many other measurable “somato-visceral” reflex responses.

Pro Rehab's chiropractic management of WAD injuries includes not only SM (both HVLA and non-thrust types), but also soft-tissue therapies, exercise training, the use of physiotherapy modalities (electric stim, ultrasound, laser or light therapy, and more), nutritional counseling, ergonomic/work modifications, and more. Pro Rehab doctors of chiropractic frequently co-manage WAD patients with other healthcare providers when it is appropriate.