White Rice or Brown Rice or No Rice at All 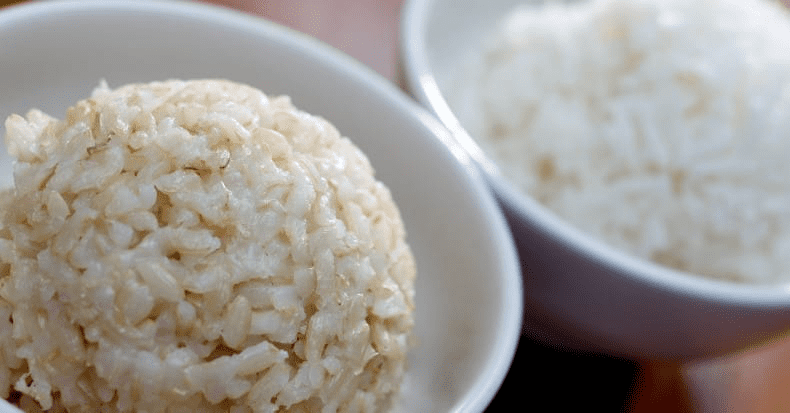 In today’s world, consumers are inundated with contradicting news about foods that are good for them and foods that can be detrimental to their health. Rice is one such food. Is it good for you? Is it bad? Let’s find out…

In a 2019 study, researchers in India randomly assigned 169 overweight adults (aged 25-65 years) to consume meals that included white or brown rice twice a day, six days a week for three months. The research team used blood testing to measure glucose, insulin, HbA1c, insulin resistance, lipids, and inflammation. The results showed that those who consumed white rice had test results that suggested a higher risk of type 2 diabetes, while those who ate brown rice had blood test results that indicated less inflammation and a reduced diabetes risk.

In 2012 and 2014, Consumer Reports raised concern about the arsenic levels in US rice. In order to determine if rice consumption is associated with an increased risk for cancer, researchers evaluated data from several long-term databases that included dietary and health information involving 45,231 men and 160,408 women who were cancer-free at the start of the study and tested every four years for 26 years.

Overall, the data show that 10,833 men (23.9% of men) and 20,822 women (12.9% of women) developed cancer. Comparing participants who ate <1 serving of rice per week vs. those who ate ≥5 rice servings per week, there was NO significant difference or associations between those who did vs. those who did not get cancer, regardless of the type of rice, cancer type, BMI, smoking status, or ethnic background. Additionally, rice consumption was not associated with cardiovascular disease, which is another leading cause of death in the developed world.

Pro Rehab doctors of chiropractic often encourage patients to live a healthy lifestyle, which includes eating more of the foods that are good for us and less of the foods that are not. So far, the science suggests that eating white rice in moderation may not hurt you and consuming brown rice may offer some additional benefits.