Head Tilt and Headaches – Are They Connected?

Pro Rehab Chiropractic and Rehabilitation Blog Head Tilt and Headaches – Are They Connected? 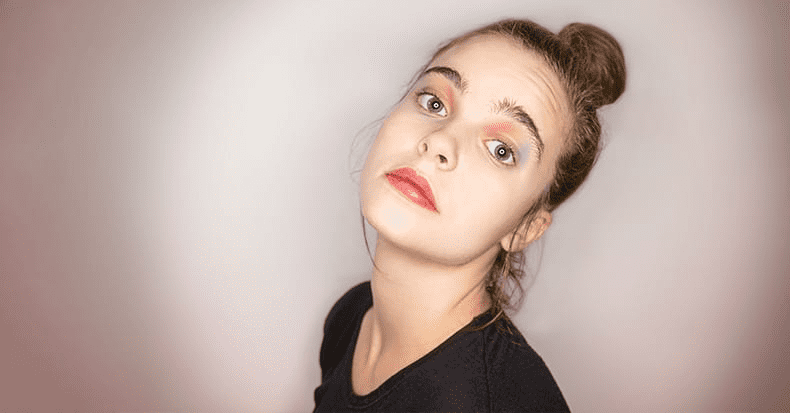 We’ve all seen people working on laptops in airports, airplanes, coffee shops, on the train, walking down the street…you name it! So how does this affect one’s neck, and does it contribute to headaches?

A 2016 study compared females with posture-induced headaches vs. healthy, age-matched female control subjects to see if there was any significant difference in their head-tilt and forward head position during laptop use.

The research team measured angles for maximum head protraction (chin-poking forwards), head-tilt, and forward head position at baseline (neutral resting) and while using a laptop. Essentially, they measured how “slumped” the participant’s posture was at rest vs. while working on a laptop.

The researchers concluded that the headache group showed worse posture at rest in the two measurements as well as more forward head posture during the laptop task than the control group. They recommended that management/therapy for patients with headaches and/or neck pain include posture retraining exercises as an important aspect of obtaining long-term successful outcomes.

This study illustrates the importance of that and the need to include exercises like chin-retractions, conscious head re-positioning, cervical traction (in some cases), deep neck flexor muscle strengthening, managing scapular stability, and more.

When looking at a person from the side, imagine a perpendicular line that passes through the ear canal should pass through the shoulder, hip, and ankle. In cases of forward head posture, that line will pass forwards of these bony landmarks.

Previous research shows that the head weighs an average of 12 pounds (5.44 kg), and for every inch of forward head positioning, the neck and upper back muscles are burdened with an extra 10 pounds (4.53 kg) of load to keep the head upright. That means a five-inch forward head position adds 50 pounds (22.67 kg) of weight to the neck and upper back area. It’s no wonder this faulty posture leads to chronic neck and headache complaints!

Spinal joint manipulation is one of the most patient-satisfying, fast-acting remedies for neck pain and headaches of several types offered by Pro Rehab doctors of chiropractic. But when manipulation is combined with exercise training, studies show this combined approach results in the best long-term benefits or outcomes!